UBuntu Bridge and Quite A White Ou were invited by Brenda Skelenge and Nina Wessels to Somerset House primary School on Tuesday the 21st of June 2016 to speak to the learners on the importance of learning Xhosa and other indigenous languages. 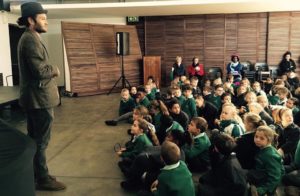 Craig ‘Makhosi’ Charnock, the founder of UBuntu Bridge was the speaker for the day emphasizing that when learning isiXhosa, it opens doors to understanding isiZulu and other languages.  isiZulu being the most spoken mother-tongue language in South Africa.  How that creates opportunities for one not only to be able to engage with indigenous people but also opens your mind to learning about the different cultures we have in South Africa. Part of the talk was showcasing Quite A White Ou’s first music video track titled ‘Ndingumlungu’, which has more than 112 000 hits on YouTube.

We got the opportunity to teach the African handshake and the value of it when you are greeting people of any color as a sign respect to them. While the other learners sat and observed as Makhosi had two learners to demonstrate how its done, a few minutes later everyone had the opportunity to try the African handshake.  It was fun, interactive and the kids very much enjoyed it. 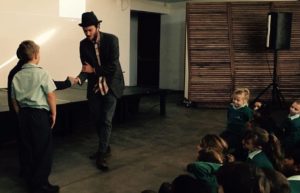 A few dances to the sounds of Mariam Makeba on the most popular song ‘igqiirha lendlela’ also known as ‘The click song’ were shared after teaching the kids the three clicking sounds of the Xhosa language, as represented by the letters Q, C, X. 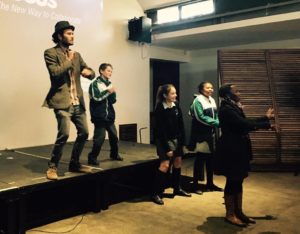 It was interesting to see how the kids had questions such as – if it was really him singing as though it was unbelievable that a white guy from Cape Town can speak Xhosa.  And this is important for us at UBuntu Bridge to remind people that if people who identify as black can speak English, then other white people (as classified by apartheid) should also make the afford of learning the basics or more of indigenous languages especially if that language is spoken by the vast majority of the people who are dominating in that county. The message with was that it is crucial that parents/adults to lead by example by learning these languages and encouraging our kids to speak indigenous languages (if possible) at home, school and making sure that their fellow black friends never feel ashamed of speaking their mother tongue (which happens especially in white dominating spaces where English happens to be their first language).  This was a great initiative by the Somerset House Primary School and we are happy to be part of such revolution.

Makhosi shared his story on how sad he was that he only realized later in his life the importance of speaking an indigenous language in South Africa and therefore was a bit harder for him to learn. However being at the school on this day gave him hope on the future of this county pertaining the next generation being able to speak Xhosa from a young age.

It was great fun and inspiring to be with such lovely and enthusiastic learners.  Siyabulela! 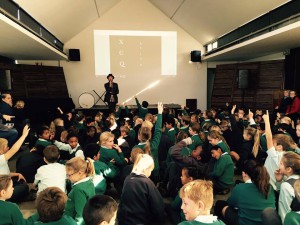 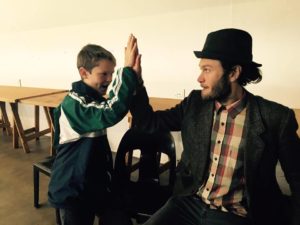 Meet Lee and hear his story! Click the image! 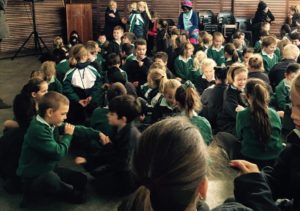 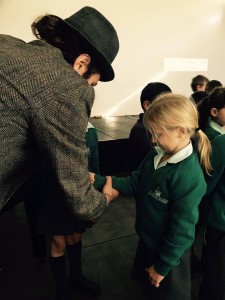 Some requested a hands-on handshake demo! 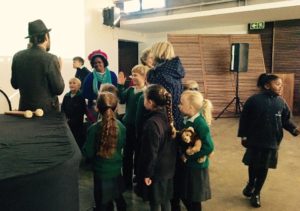 Queue’s for autographs and marriage proposals 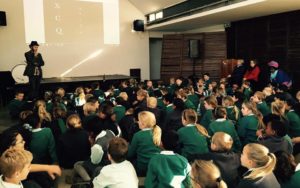 Makhosi stumped by “Were you allowed on the railway tracks?” 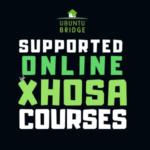 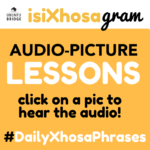